You may recall my last post when I was reeling about United Healthcare’s decision to raise Enbrel from a tier 2 drug ($30 per month copay) to tier 4 ($250 per month). Right before Christmas.

Well, if United Healthcare is Scrooge, Enbrel is Santa.

After hearing the news about the drug costs going up, I sent an appeal to United. It was quickly denied. I then approached my doctor, who was hesitant to switch me to Humira, which had been newly deemed affordable by my fickle insurance. Apparently, going off a drug can make it lose it’s efficacy if you decide to get back on later. And since Enbrel’s working for me, my doc didn’t want to make the change.

Instead, my doctor recommended calling the Enbrel Support Group. I had gotten info on this when I first got on Enbrel, but because my co-pay was inexpensive, I didn’t take advantage of it.

Well, it turns out Enbrel Support has a program that will assist you in your copays. As the kind man on the other end of the phone told me (and, yes, he actually sounded like Santa): “We know Enbrel can be expensive. We want to help where we can.” I almost cried.

He signed me up for an Enbrel Support Card and told me they are starting a brand new reimbursement policy to circumvent UHC’s new stance on not taking “coupons” or support cards as payment. For the first six months, they’ll pay your full copay. After that, they cover all but $10 per month.

This all definitely seemed too good to be true. I didn’t really believe I’d ever be paid back when I refilled my prescription this week and forked over $250.

But now, sure enough, I received a check in the mail for the full amount. Thank you Enbrel Support!!

Seriously, if you’re in the position of struggling to pay your Enbrel copays, check them out: http://www.enbrel.com/ENBREL-support-card-program.jspx

‘Tis the Season to be Screwed by Insurance

Posted by My RAD Life in Dealing, Doctors, Drugs, RA/RAD, Symptoms on December 16, 2014 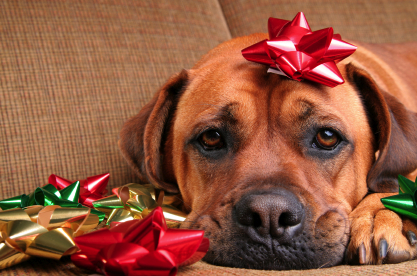 As co-founder of my company, I’m lucky enough to have a huge impact on choosing the health insurance we provide. One of the deciding factors for me is being able to get my Rheumatoid Arthritis drugs at a low co-pay. Through United Healthcare, it’s been $10 per month for methotrexate, $10 per month for folic acid, and $30 per month for Enbrel.

In other words, $50 a month for drugs. A reasonable-enough price to pay for my health. It is the number one reason we decided to keep our UHC plan for 2015.

So shock me, shock me, shock me (Any Empire Records fans? Read on, there’s a gif for you below.) when I get a letter saying that beginning January 1, 2015, Enbrel will be considered a “Tier 4” drug and will not be eligible for the Enbrel Assistance program. After some digging, I found out that this means it’s going up to $250 per month with no opportunity to enroll in any payment assistance programs Enbrel provides.

What? Merry Christmas to you too, United Healthcare.

Their advice? Try another drug.

That’s all good and fine. They’re willing to cover Humira or Cimzia, but I’m feeling pretty violated. I know violated may seem like a strong word for this situation, but that’s how it’s feeling. I’m being forced to put an unknown drug into my body because my healthcare has made an arbitrary change to their coverage. Enbrel is a known quantity for me. It’s effective in treating my RA, side effects are pretty minimal for me, and my body is used to it. Humira and Cimzia are not.

Not to mention, my rheumatologist claims that though the risk of switching is “probably pretty minimal”, there is a risk that I could lose the efficacy of Enbrel if I ever need it again. Joy!

Thanks for all your input and Happy Holidays to you all (in the non-grinchy, healthcare-trying-to-screw-you way, of course!)

That song made me feel better today, so I wanted to share it.

I got back from an awesome, but non-budgeted vacation only to be greeted by an unexpected $600 medical bill. Yippee!

After rounds of phone calls with nurses, insurance agents and billing people, I found out that the reason for the bill is because my in-network specialists billed insurance as “outpatient hospital visit” rather than “in office visit.”

The problem is that my in-network specialist rate of a $50 copay apparently only applies under certain codes. And this particular hospital didn’t know the magic words. That leaves it as being charged against my deductible, a way higher amount. My insurance claimed they can’t do anything about (United Healthcare BTW).

So, I went back to billing at the hospital, who told me that it was state law that they bill it that way. I called bullshit – the other rheumatologist that I see also has an office in a hospital, and I’ve never been charged more than my copay (they’re in the same state, in case you’re wondering). Billing claimed there was nothing they could do except offer me a payment plan.

So that leaves me hounding the nurses to resubmit the bills. I feel bad about this. Nurses already have a million things on their plate, but should I really be penalized $600 because they chose to use one code over another, equally applicable code? I haven’t heard back from them yet.

The whole mess is frustrating. I went to this doctor because they were in-network. I triple checked the UHC website to make sure of it, so that I wouldn’t be charged out-of-network rates.

A system that requires you to jump through hoops, call and clarify every little visit, procedure and test before it’s done, speak to insurance about which codes to use, and then hound nurses to make sure they’re filing bills under the codes that work for your particular insurance policy is broken. And bureaucratic BS.

Now don’t get me wrong, I’m not ungrateful. My insurance allows me to be on medication for less than $500 per year, when it would otherwise be costing me about $32,000 per year (Enbrel and methotrexate), and therefore is something I couldn’t live without. But that doesn’t mean the system’s not rife with inexplicable inconsistencies, nonsensical loopholes and traps, and a whole lot of incomprehensible coding and rules.

I don’t have answers for you, I only know Obamacare won’t solve it. Do you have advice or insurance horror stories? I’d love to hear them!